As a kid growing up in Michigan - I read a lot of science fiction. Philip K. Dick, Arthur C. Clark and Isaac Asimov were particular favorites, because they allowed me to delve into deeper questions about the human condition. If a robot or a computer could feel pain or joy... If the machine could desire freedom... Did that some how diminish the uniqueness of being human?

As I grew older and realized that often times the authors were really applying these parables to the way we as a species treat other human beings, these stories opened my eyes to my surroundings. They made me realize the inhumanity with which we often times treated our brethren. How we belittle and disenfranchise those who were different.

The stories grew with me. They shed light on a much larger world that existed outside of the five thousand people in the small farm town I grew up in. They allowed me to rise above and realize the hypocrisy that people often times propagated because of fear.

The question of freedom and what it meant to be free were never far from my mind. I found this quote from the Bicentennial Man by Isaac Asimov particularly poignant...

Fast forward thirty odd years to today, and these questions seem as applicable as the day they were written, and my appreciation for them continues to grow.

At the same time... My admiration for the subtleties of these stories has grown as well. Asimov in particular seemed to pose the question... "Who will the teachers of the future be?" Will the machines with their bias less view of mankind be the solution to ending inequality? Will we as a species learn to disavow our tendency to persecute by learning from the example of our own creations?

As someone who spends a great part of each day trying to get machines to comprehend Human Emotion, I can't help but be optimistic about the future. Every time one of our artificial neural networks identifies a common feeling between people of differing race, gender and age - a little pang of hope wells up in my heart and a little trepidation disappears.

I hope that thirty years from now, that we are discussing issues like... Robot Rights. Questioning if Androids Dream of Electric Sheep. For in that moment - if we are contemplating what it means for Machines to be free... It seems that we will have resolved any lingering questions about our own freedom and humanity.

Check Us Out At www.pandoracybernetics.com 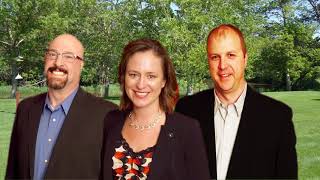 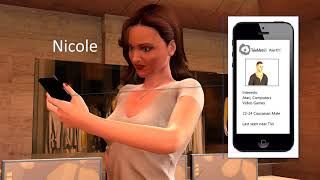